While cheating on a test is never a good idea, cheating in video games is another matter altogether. Although game purists argue that cheat codes take the fun out of video games, there are countless others who believe that these cheat codes make the game much more enjoyable.

As these codes continue to surge in popularity, the GameMite team has decided that it's time we look back at the most iconic cheat codes in video game history. From the hilariously bad Big Head Mode to the ridiculously overpowered Infinite Ammo, join us as we pay homage to 3 popular cheat codes that changed gaming forever.

It's impossible to talk about iconic cheat codes and not mention the KONAMI code. This sequence is by far the most popular cheat code in gaming history and has appeared in hundreds of games released by the company.

The story goes that Kazuhisa Hashimoto was working on one of the most successful NES titles ever launched (i.e. Gradius) and found it too hard to test. To ensure that his game was free from bugs, Mr. Hashimoto created a sequence that would change the gaming industry forever.

By pressing “Up, Up, Down, Down, Left, Right, Left, Right, B, A, Start”, Mr. Hashimoto received all the unlockables (or bonus abilities) at once. This made it significantly easier for him to test out the game and allowed him to quickly debug it. However, once the troubleshooting stage was done, Mr. Hashimoto forgot to delete the sequence and the rest, as they say, is history.

Today, the KONAMI code holds the honor of being the most popular cheat code ever invented, having appeared in countless KONAMI and non-KONAMI titles. In fact, the KONAMI code also made an appearance in 2012's hit animated movie Wreck-It Ralph and has successfully made the jump to mainstream popularity.

Only three things in life are certain; life, death, and the fact that everyone has played The Sims. We don't know what, but there's something incredibly satisfying about creating our own virtual people and having them compete for digital funds to satisfy their digital needs.

As the game mirrors society, money's the only currency in the game. In other words, if you have a lot of resources, you can go on extravagant shopping sprees and buy whatever you want. However, because the developers wanted the game to be replayable, they made the accumulation of wealth incredibly difficult. That being said, the developers were kind enough to cater to those gamers who just wanted a quick escape from real life. Lo and behold – MOTHERLODE; a simple cheat code that basically granted you unlimited funds.

Once this cheat code is activated, you can have your Sim quit their dead-end career and relax with like-minded individuals at the park. Furthermore, with unlimited funds, you can continue to edit the foundations of your house until it perfectly aligns with your vision. Simply put, the possibilities, just like your digital funds, are limitless!

There's no denying the fact that GTA San Andreas is one of the most iconic video game titles of all time. Even today, nearly 14 years after its release, there are countless gamers who consider it to be their favorite video game of all time. 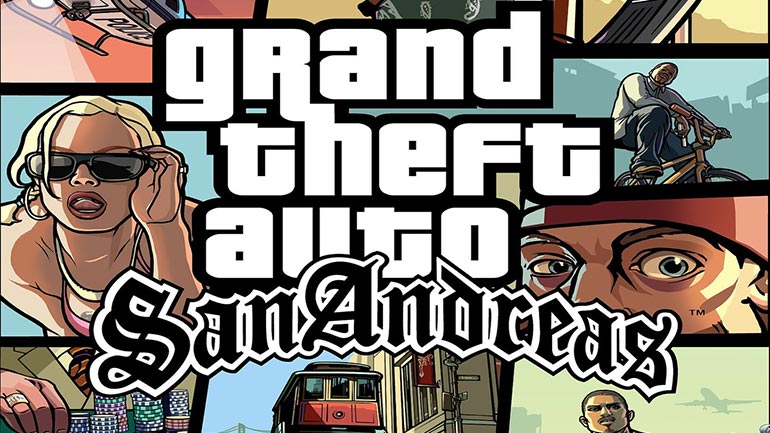 It's easy to see why GTA San Andreas remains as popular today as upon its initial release. The game has a gripping story, meme-able characters, and dialog, and remains incredibly fun to play after a stressful day. Just by talking about it, we can almost hear Big Smoke's iconic order!

However, if you wanted to make your gaming experience even more fun, then all you had to was enter the damn cheat codes, CJ!

San Andreas, just like all other GTA games that came before it, is full of cheat codes that make the incredibly fun. Tired of driving? Enter ROCKETMAN to spawn a jet-pack! Can't shake the cops off your tail? Enter TURNDOWTHEHEAT to decrease your wanted level! Tired of civilized society and want it to crumble? (We're not sure why but hey, go for it!) Enter AJLOJYQY for hostile pedestrians!

There are so many fun little cheat codes in GTA SA that we can keep talking about them until *spoiler alert* Catalina comes back from the dead! For more cheat codes, visit the “cheats” section of our website today.

And that concludes our list of the most iconic video game cheats in gaming history. Did your favorite cheat codes not make our list? Tell us by leaving a message in the comments below, and stay connected with us to stay up to date with the latest video gaming news for the PC, PS4, XBOX ONE, and all other platforms!

Like0
The Subtle Difference between Remakes, Remasters, and Reboots
First Ever Plants Vs. Zombies Garden Warfare 2 Tournament this Month for PS4

Best Nintendo Switch Accessories That Will Improve Your Experience
Related Posts
Comments are closed on this article.