What is a Switch Palace

A Switch Palace is a level in Super Mario World that contains a switch that turns dotted line blocks into solid ones of the corresponding colors. By activating these switches, the dotted line blocks will be replaced by solid blocks, allowing you to walk on them, reach new areas in levels, and in some cases get an item out of them, like with the green block.

The Yellow Switch Palace is the easiest to get to, it only requires one level beaten to reach it and it’s not a hidden Switch Palace. As soon as you start a new file, head left to the level “Yoshi’s Island 1” and beat it. Once you beat the level, climb the ladder to the top of the cliff and make it to the end of the Switch Palace to change the Yellow dotted block into solid ones. The yellow blocks will give you a mushroom when hit and you may also stand on them.

The Green Switch Palace is reached by exiting the level “Donut Plains 2" using the secret key. Halfway through the level, you will come up to a moving platform right before a Dragon Coin that has a pipe above it. Go through the pipe and use Yoshi to fly up top with the blue shell to where the key is. If you don’t have a Yoshi, use the shell to hit the last block on the right and it will reveal a Beanstalk that will allow you to reach the key above. The Green blocks will allow you to walk on them and if you hit them, they will give you a feather.

The Red Switch Palace can be reached by exiting the level “Vanilla Dome 2” by using the secret key. After you exit the water for the second time, you will come up to a Fire Flower in a block, climb up, and head level to where the Switch Block (P-block) is. Make sure not to hit the Switch Block, but instead, walk through the wall of coins till you get to the solid blocks. Now, hit the Switch Block and grab the big group of coins after the first hold. Next to the Dragon Coin, grab the key and use it to exit the level using the keyhole in the water below.

The Blue Switch Palace can be reached by exiting the level “Forest of Illusion 2” using the secret key. Halfway through the level, you will come up to a yellow block on your left after dropping down. If you keep heading left past the block, there is a secret tunnel (even though it looks like a wall) where the key is located. Use the key to exit the level and the Blue Switch Palace will be available to you.

If you prefer to see a video guide on this, watch our youtube video below. How to Save in Super Mario World How to Fly in Super Mario World How to Wall Jump in Super Metroid 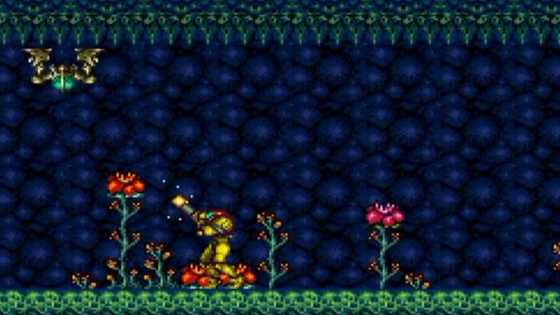 How to Bomb Jump in Super Metroid How to Get Spazer Beam in Super Metroid