Where Is Linus’ Basket in Stardew Valley During the fall of your first year in Stardew Valley, you’ll get a quest from Linus that reads “It’s blackberry season right now. The bushes are full of them. I want to pick some, but I lost my basket. Can you help?”.

Linus was out using his blackberry basket to collect blackberries during fall but lost his basket. The blackberry basket quest will be available to you starting on the 8th day of fall. Make sure to get the quest done before the season ends or you won’t be able to complete it anymore.

Where Is Linus’ Basket

Go to the road where the bus is parked and follow the road left. In the next area, before the tunnel, you’ll see Linus’ Basket sitting on the ground in front of some bushes.

Walk up to the basket and pick it up. The dialogue will read “You found the Berry Basket. Better return it to Linus”. Next, go to where Linus lives and return the Berry Basket to him.

Where to Find Linus

To find Linus so you can return the Blackberry Baskey to him, head north from your farmhouse. Follow the path past the Carpenter’s Shop and you’ll see a tent before the path leading to the mine. Linus lives inside of the tent, sometimes Linus is inside the tent and other times he is walking around outside not too far from it. Walk up to Linus and talk to him to return the Berry Basket to complete the Blackberry Basket quest. Where Is Robin’s Lost Axe in Stardew Valley How to Get Sewer Key In Stardew Valley Where Is the Beach in Stardew Valley? Where to Get Clay in Stardew Valley How to Get Maple Syrup in Stardew Valley 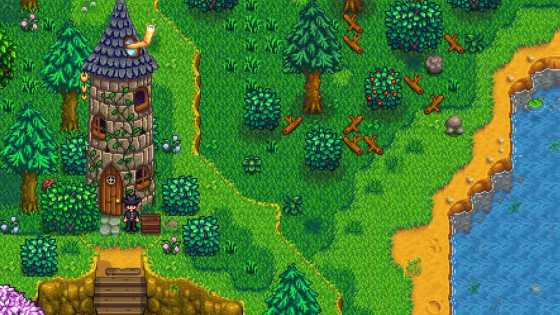 Where Is the Wizard in Stardew Valley